Sarah Gulish spends most of her time in the classroom at a public high school outside of Philadelphia, Pennsylvania. She is an active songwriter and musician, performing original music with her band, New Enemies, and composing and writing for film and musical theater. She is the co-founder and CEO of the music education publishing company, F-flat Books, and is on a mission to empower music educators to create and collaborate to involve all learners in a quality music education.

She holds a BMED from Temple University, and MED from Cabrini College and a Ph.D in music education from Temple University. Since 2007, Sarah has taught at Lower Moreland High School in Pennsylvania and at various universities. She is a presenter, researcher, writer, songwriter, and recording artist. She is the co-founder and CEO of the publishing company, F-flat Books. Sarah Gulish has taught songwriting at the secondary, undergraduate, and graduate levels. Her  credits include releases with New Enemies and Turning Violet Violet as well as contributions to the Broadway Musical, "Amazing Grace." 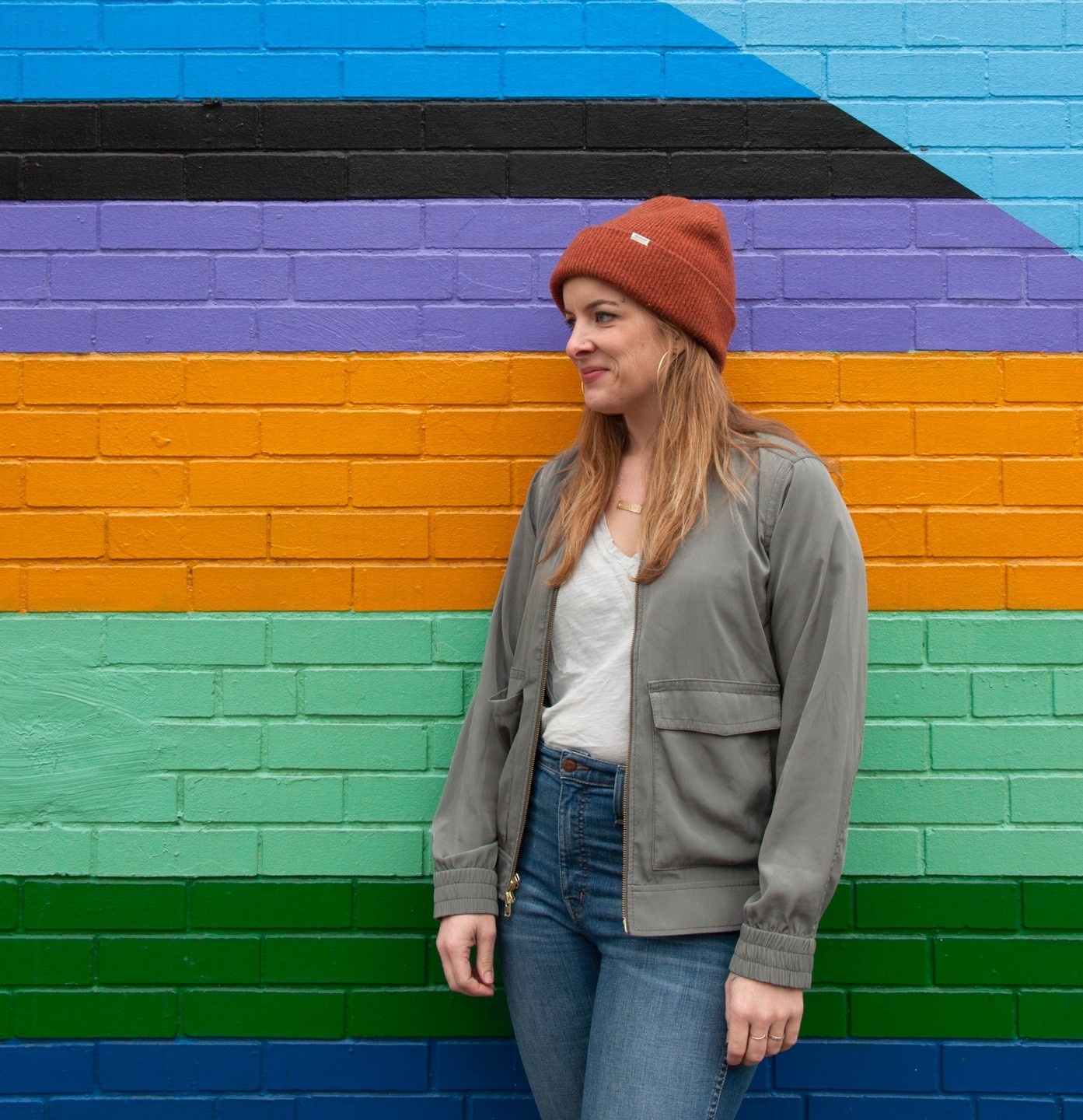 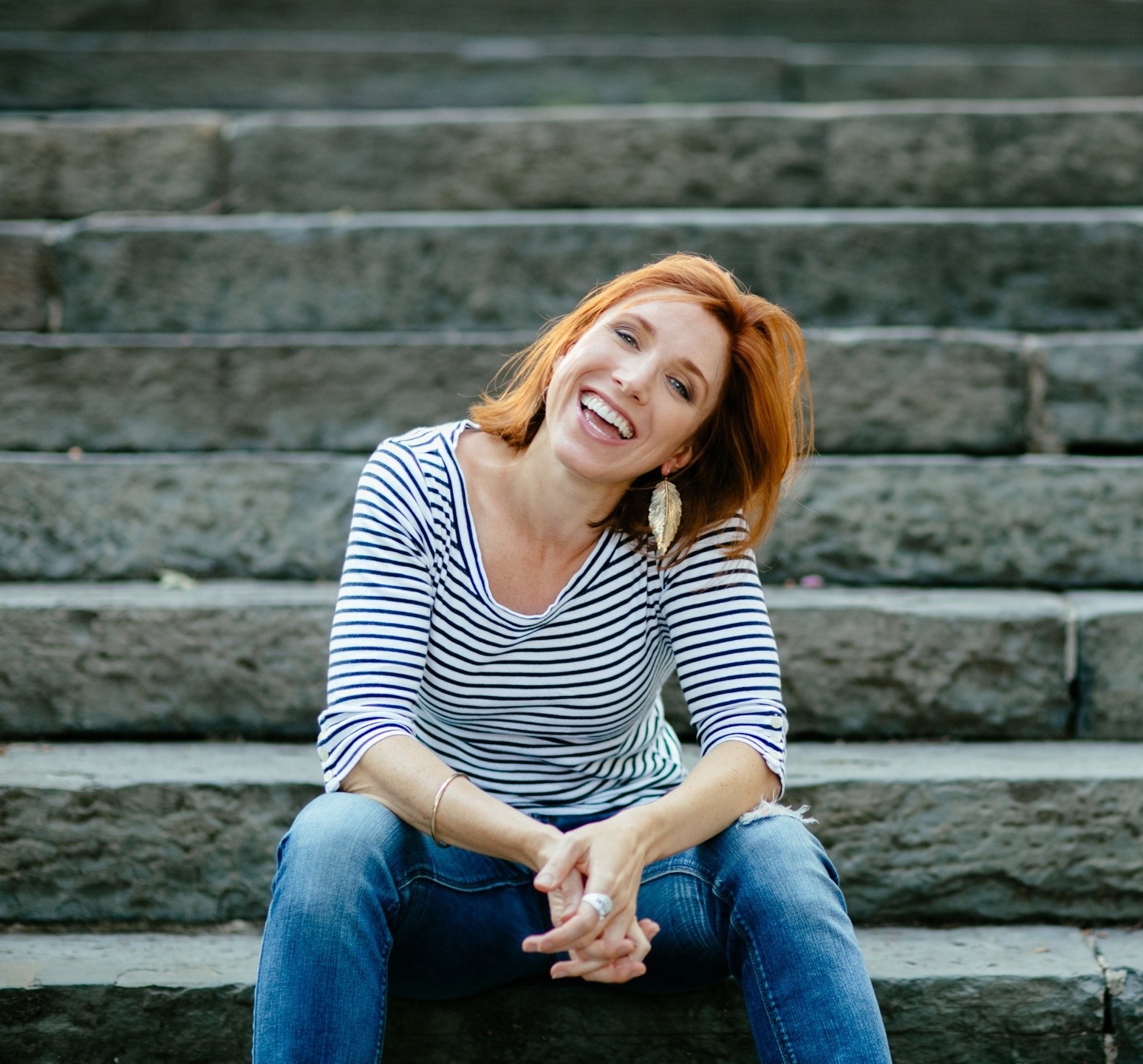 Kat Reinhert splits her time between songwriting, performing, teaching and writing. As a solo artist, she has released five independent albums and sung on multiple artist projects. Reinhert is also a sought-after clinician, speaker, and researcher, and the Immediate Past President of The Association for Popular Music Education. She has authored several book chapters and journal articles and is the co-editor of Action Based Approaches for Popular Music Education.

She holds a BM in Jazz/Commercial Voice, an MM in Jazz Pedagogy, and a Ph.D. in Music Education, specializing in Popular Music Performance and Pedagogy. Her credits include jingles, Sesame Street, and releases with her band. She is currently a Full Professor of Songwriting at Berklee School of Music in Boston. Reinhert currently splits time between New York City & Boston, where she can be found being very busy - but always searching for the things that bring her joy.

When Sarah Gulish & Kat Reinhert met in Glasgow, Scotland, at the International Society for Music Educators conference in 2018, little did they know that they would find themselves co-founding a business only two years later. But that’s exactly what happened. They are the co-founders of Songwriting for Music Educators, a company dedicated to empowering music educators to engage with and explore their songwriting craft to help them engage their students with songwriting in the classroom.

That’s a heady proposition...for a few reasons. One, music educators typically learn how to teach something - not how to do something. Two, from where they stood, no one was empowering music educators interested in songwriting to actually write songs. And three, there wasn’t a clear model to follow. No one seemed to be working in this space (which they found astounding). “We looked around, and there just wasn’t anyone doing this. No women. No songwriters. No academics were in the songwriting space trying to help and inspire educators to write songs,” said Gulish.

The whole thing started in June 2020, when Reinhert noticed a niche of music educators and voice teachers interested in learning more about songwriting but never signed up for any songwriting classes. When asked why, their response was, “well, I’m not a songwriter,” to which Reinhert thought - wow, that’s strange. If they want to learn how to teach songwriting, then writing songs would help them. So Reinhert, a professional songwriter and long-time educator, designed a four-week course, made a flier, and posted it on FB - ‘Songwriting for Music Educators and Voice Teachers’ - and people signed up!

One of those people was Sarah Gulish: songwriter, full-time music educator, and owner of F-flat books. The class was centered on engaging the participants in writing their own songs - while simultaneously discussing ways to work with students on similar concepts. “Sarah and I got to know each other during those four weeks, and we just clicked,” says Kat. Then, after the course was over, Sarah reached out to Kat and said, “Hey, would you want to co-author a book about this?” And the rest, as they say, is history.

In December 2020, Gulish and Reinhert released Songwriting for Music Educators as an eBook through F-flat Books. The book has an unconventional start for a music education book - it asks the reader to examine who they are as a creative person, a musician, and take a personal inventory on their fears and hesitations with songwriting. Once the reader has taken a deep dive into their individual creativity, they begin to work on songwriting: the parts of a song (melody, harmony, lyrics, rhythm), and meter, form, categories, pitches, and of course, assessment.

The book flew off the shelves. In under a week, they had sold almost 100 copies. They knew they were on to something. Shortly afterward, Reinhert & Gulish hopped on a Zoom call (because what else did you do in 2020) and hatched the idea of launching a fully on-demand course for music educators based on the tenets of their book. They started planning and scheming, and after developing all the scripts and content, in April of 2020, they met in Philadelphia (where Gulish lives) to film what would become their first course - Songwriting Basics. Sarah’s husband, Brandon Gulish, a rising documentary filmmaker, was hired to film the sequence at his studio. Over two days - and ten different wardrobe changes - Reinhert & Gulish filmed the course.

“We wanted to make something unique. We want to inspire and empower music educators to write their own songs - and then help them translate that working knowledge into tools and lesson planning ideas they can take back to their classrooms to empower their students to explore the craft of songwriting,” says Reinhert. Gulish and Reinhert often saw two silos in the music world: 1) where we see musicians making the music and 2) where we see teachers teaching about how to make the music. But they were starting to see a trend with artists and producers putting out content on Masterclass(™) or Monthly(™) and sharing their knowledge.

Still, they didn’t see established music educators or academics putting out content, following artistic journeys, and breaking into being a songwriter, producer, or artist.

To Reinhert and Gulish, it seemed like the world was saying that once you landed a teaching job, you should just focus on the music of others. “We want to be a voice of dissent in that space. We want to plant a flag and say: We are educators. We are artists. We are entrepreneurs. We can be GREAT at all these things. And we’re ALLOWED to follow those paths and know that our students will not only survive our artistry but will THRIVE because we are nurturing our artistic selves.”

They had a vision for a company that would not only help music educators teach songwriting to their students but also empower them to write songs and explore the craft of songwriting and artistry in a way that maybe they hadn’t before. T “We wanted to empower the educator to create lesson plans based on what their students need and where their strengths as a musician lie. We know that music educators are creative. We want to inspire them to believe in their abilities and share those with their students in a way that only they can.